In the late 1960s, street photography was a small club; in New York City, Joel Meyerowitz and Garry Winogrand went out together, pounding the pavement on Fifth Avenue every day, swapping ideas and tips, and occasionally running into the likes of Diane Arbus or Lee Friedlander.

Fifty years later, with the strides made by camera phones, public interest in the genre has exploded. New York City, the old stomping ground of Arbus and Winogrand, is home to hundreds if not thousands of street photographers.

Today, a new generation of photographers from London to Mumbai has built global communities, mostly online but also through in-person meetups and photo walks. With the introduction of new technologies and the shift from black and white to color, street photography has changed, but it’s also proven itself to be timeless.

Although street photography has evolved throughout the decades, the basic tenets remain the same: street photography centers around spontaneous, chance occurrences in public spaces. It’s the documentation of ordinary people and the stories we tell. It’s the hunt for what Henri Cartier-Bresson dubbed “the decisive moment”—a split-second event when, amid the motion and chaos of everyday life, the photographer seizes upon his or her composition.

These moments are usually candid, though they don’t necessarily have to be, as the genre continues to expand. Of course, people are a regular fixture in street photography, but there’s no rule that says you must have a human presence every shot. Below, we’ve covered fifteen basic tips to help you get started on your street photo journey. 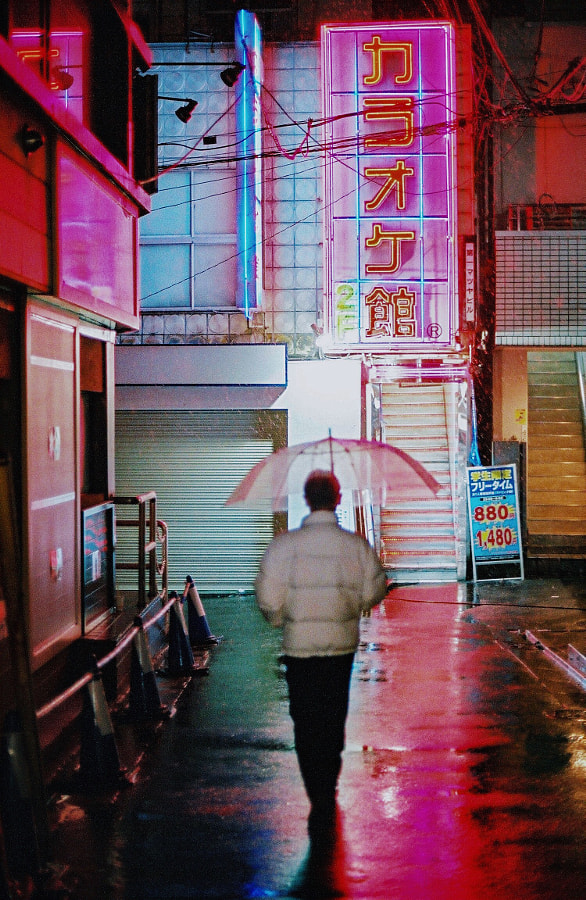 Wake up early; stay out late

Louis Mendes, an iconic New York photographer known for his street portraits, still starts his days around 6:00 am. Head out when the city is just waking up, capture the lunchtime rush, and then document the evening hum as everyone heads home.

Staying out all day—or taking photos on your regular commute and during breaks at your day job—will give you a number of different lighting conditions and scenarios to explore. A street photographer’s day starts early and continues well into the evening, so dress comfortably, wear your best walking shoes, and hit the streets. Spending more time on the street will also lead to more intimate images, as you’ll know your area better than almost anyone else.

Don’t forget to bring water and plenty of snacks—and take regular breaks to conserve your energy.

While a zoom might be tempting, you can’t start off with anything better than a simple prime lens. They’re lighter, and they’ll save you time. You don’t want anything slowing you down—especially your gear. A 35mm is a popular choice because it’s close to what we see with our eyes. You can always switch up your lenses from there. Often, street photographers start by shooting people from a distance, and then, as they grow more confident, they inch closer and closer. Unlike genres like landscapes or formal portraits, street photography requires “getting into the mix” of things; there’s a rawness and immediacy about it—just consider Garry Winogrand’s signature use of a 28mm, wide-angle lens.

Respect people’s space, and always maintain a safe social distance, but don’t be afraid to enter the fray and become part of the larger scene you’re photographing. You’re a participant too, not just an outside observer. Unless you’re shooting on film, there’s no need to be shy about pressing that shutter button, especially in the beginning. Let go of the perfectionism you might have in the studio and learn to improvise; in the street, you simply don’t have time to plan everything. Remember that Cartier-Bresson, the father of the “decisive moment,” believed in trusting his instincts. If you take a “bad” photo, that’s fine—just keep shooting.

Winogrand created an estimated one million-plus images throughout his career; most of them didn’t meet his standards. If you get one good picture in a day of constant shooting, consider it a success. Try not to delete your old photos, either; in the golden age of street photography, photographers kept their contact sheets and would return to them often to reevaluate and generate new ideas.

Another tip: Don’t review all your photos while you’re out shooting, as they can distract you from the moment at hand. You can always look at them when you get home. 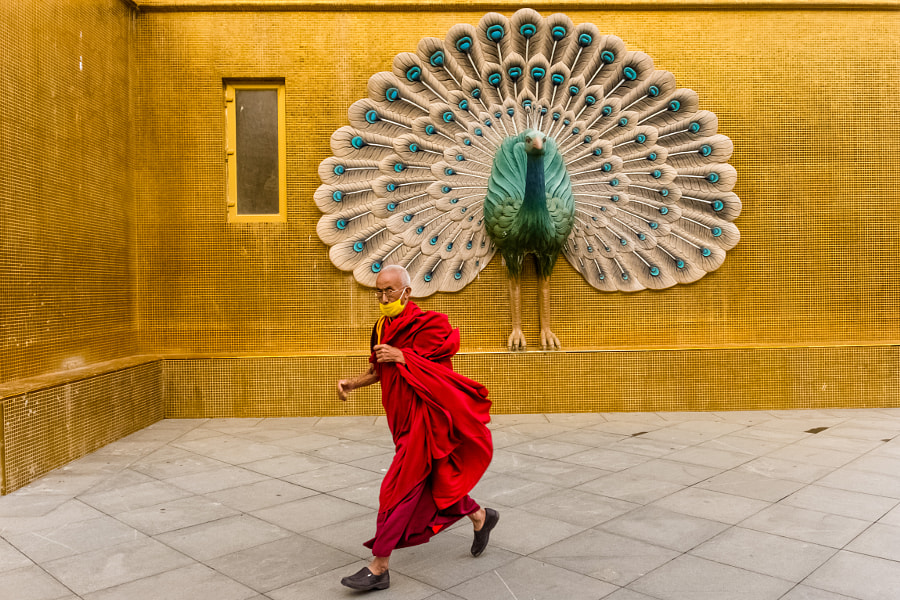 Zone focusing is a common practice among street photographers because it’s quick and it works, assuming you’re using a wider lens (e.g., 21mm-35mm). Manually pre-focus your camera, set a fixed aperture for a wide depth of field (at least f/8), and you’ll end up with a “zone” in which subjects will be in acceptable focus.

Your only job from there is to wait for your subject(s) to enter into that range. As you practice, you’ll get better at visualizing and “guessing” distances, and you’ll also give yourself more time and freedom to react to what’s happening around you. 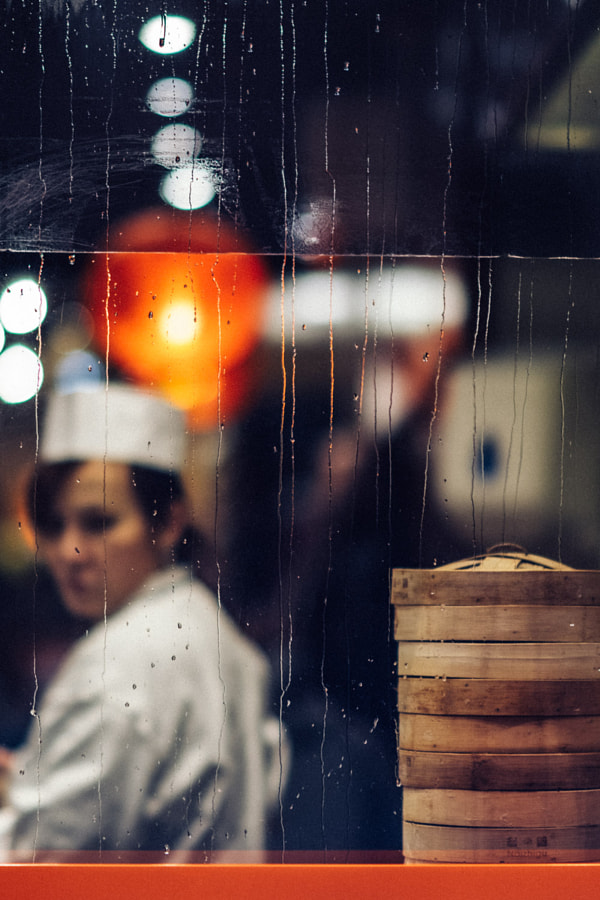 In 1953, the photographer Herbert List badly strained his ankle, leaving him homebound in the apartment of a friend. During this time, he captured the view of the street from his window using a Leica and a telephoto lens—an unusual but not unheard of choice for street photography, especially if you don’t have to carry it around all day. When we think of street photographers, we think of people constantly on the move, but sometimes slowing down and staying in one place can be just as powerful. Take your time, and see what you can observe when you pause for a moment. 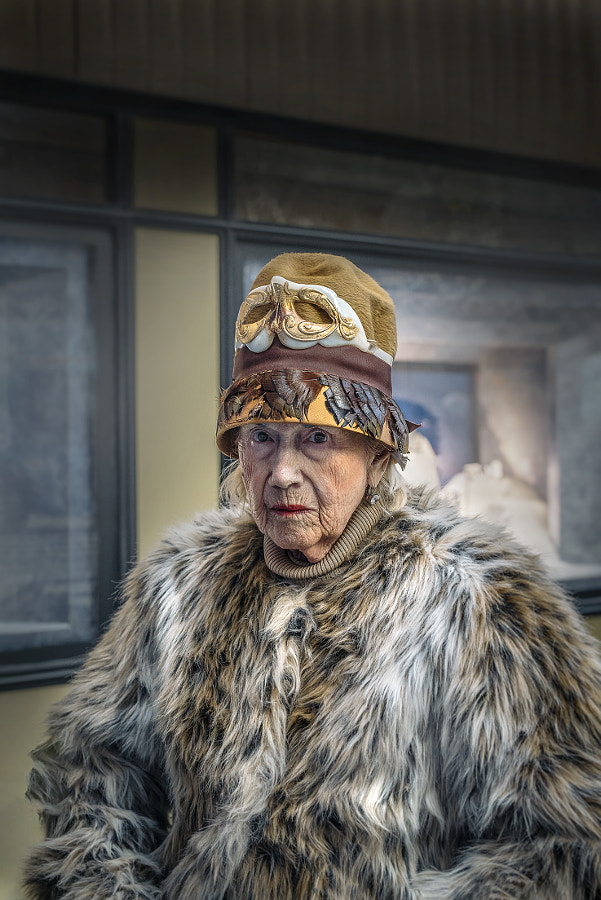 Give yourself an assignment

Sometimes, devoting yourself to a single subject, series, or location can help refine your voice as an artist—and result in images no one else has made. For instance, Walker Evans photographed the New York Subway. Elliott Erwitt photographed dogs. Daniel Featherstone photographed pedestrians at 57th Street and Fifth Avenue. Whether it’s finding a unique spot in your neighborhood and visiting it every day or photographing only animals for a month, consider exploring one niche subject in-depth. 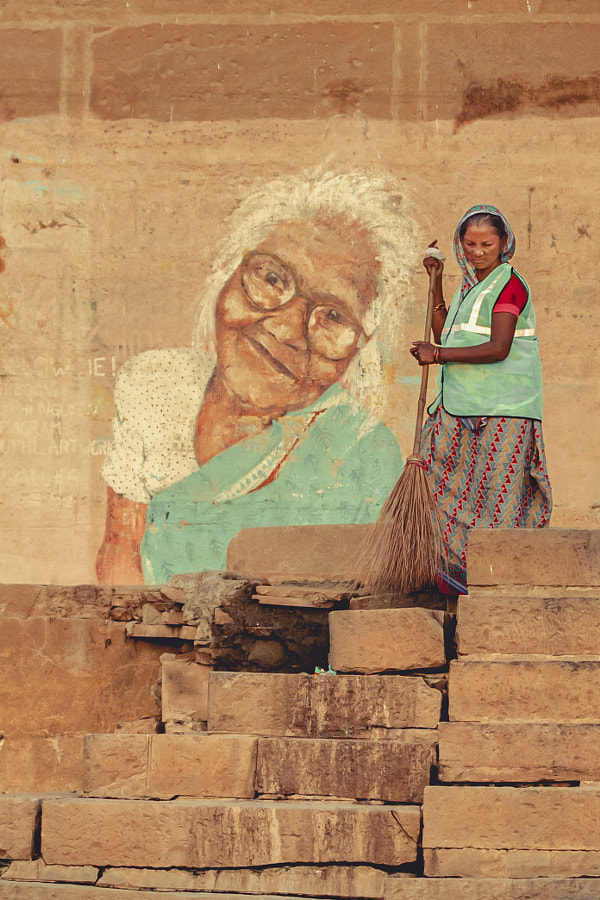 Part of what’s so special about 1960s-era street photography is that cities just don’t look like that anymore; the subways are cleaner, the suits are cut differently, and the hairstyles have evolved. Like photojournalists, street photographers are historians; they might not capture the breaking news of the day, but they do capture the atmosphere and texture of daily life.

Because cities change so quickly, it’s important to capture what makes your hometown unique, whether it’s the mom-and-pop corner stores, the iconic signage, or the local chess players. These elements won’t be there forever, so document them while you can. 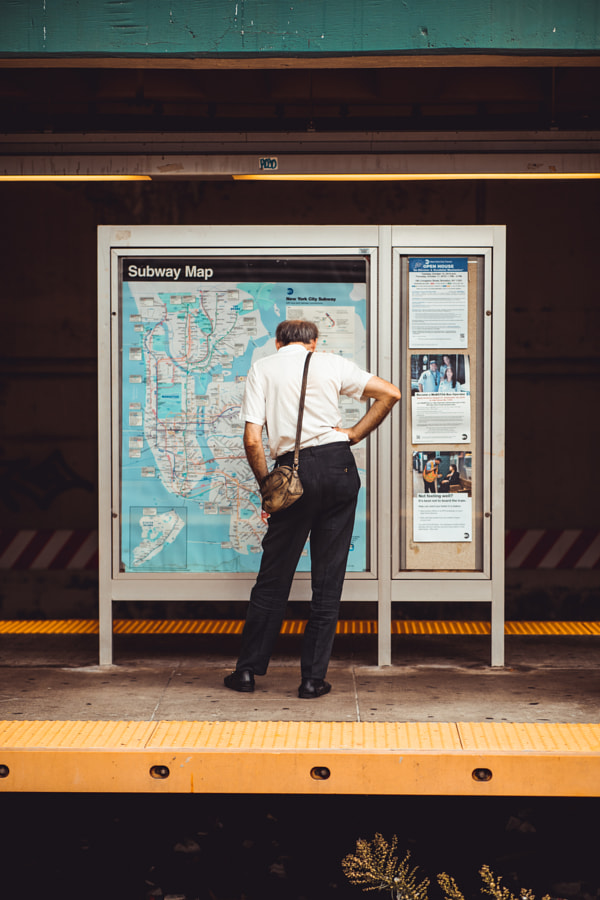 Street photography is often about body language, movement, and gestures: Henri Cartier-Bresson’s man on a bicycle, Helen Levitt’s playing children, Joel Meyerwitz’s man in the sidewalk. Seek out these singular, expressive moments; you’ll find they’re everywhere, if you’re willing to look for them. 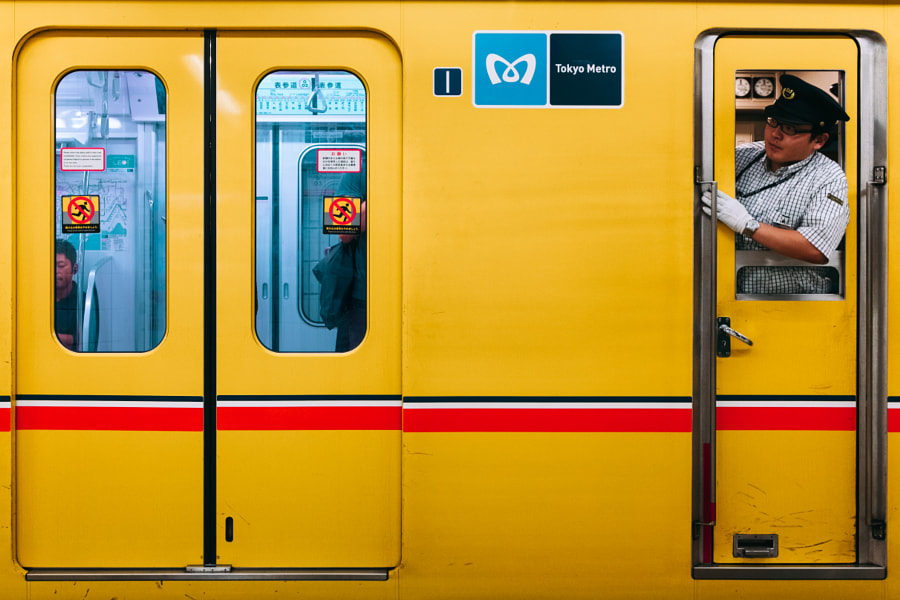 In recent years, the conversation around the ethics of street photography has grown more complex, with special consideration being paid to vulnerable subjects. In the United States and Canada, you can legally photograph people in public, but that doesn’t always mean you should.

Being a photographer comes with power, and it also carries a responsibility not to exploit or violate anyone’s privacy or put them at risk. Sometimes, when you’re unsure, you’ll get better photos when you ask for consent and collaboration. Treat your subjects with dignity, and know when to put the camera down. 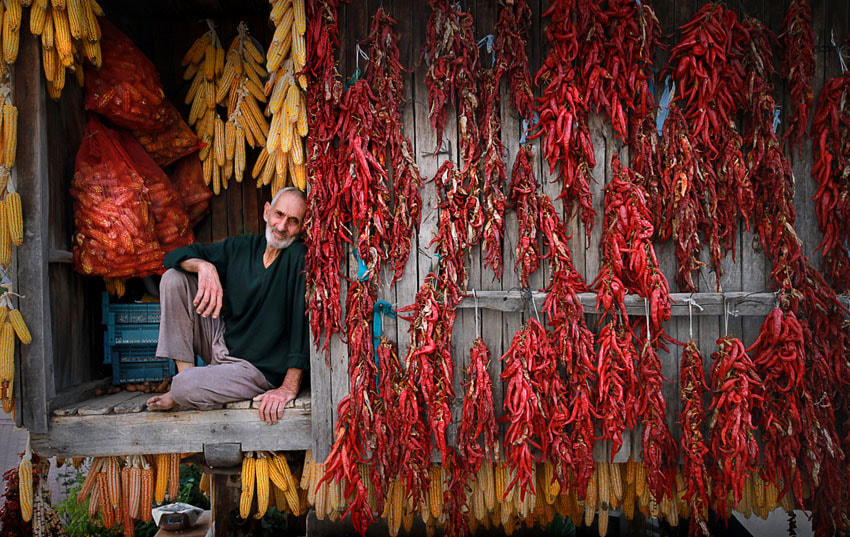 Some street photographers ask permission before taking a photo; many do not. In many cases, you might worry that asking permission will “ruin” the moment or take away from the scene, but it can also make your images more intimate and compelling. Diane Arbus often asked permission; she sometimes spent days photographing the same people. Introducing yourself is also a good way to get over any anxiety you might have about approaching people; the worst that happens is that they say “no,” and you move on. 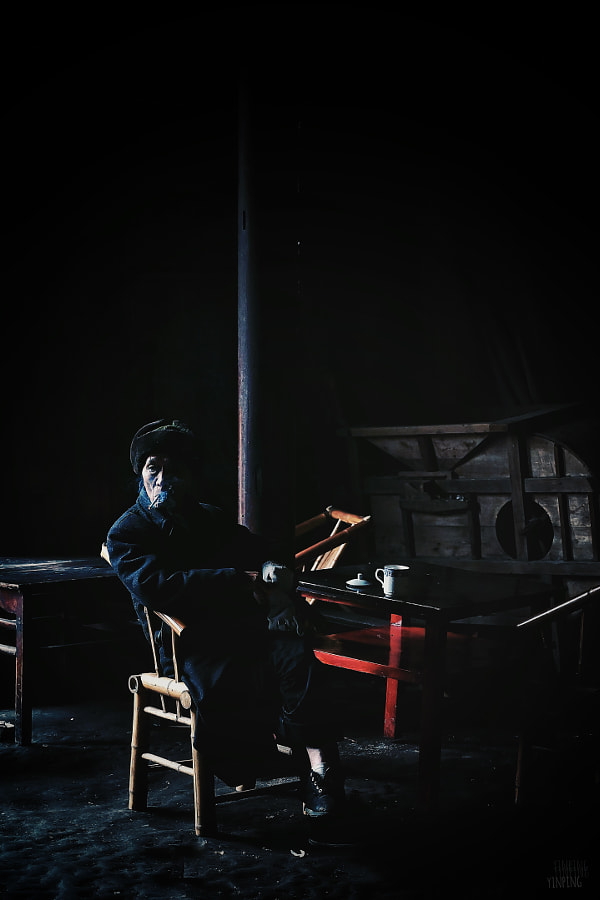 Learn the rules, and then break them

Street photography, like all genres, comes with a set of rules: your photos should be sharp, your subject should be in focus, there should be as little grain as possible, etc. All of these rules are useful, and technical skills will form the backbone of your practice, as will the ability to change your settings on the fly.

Learning the ins and outs of how your camera works takes time and perseverance, whether you’re shooting fully manual or in a semi-automatic mode. Only when you master those technical elements, can you experiment with “breaking the rules.”

With his seminal book The Americans, Robert Frank tossed out the conventions of framing, composition, and focus; he used grain, and some of his pictures came out under or overexposed. Street photographers have always pushed the boundaries, whether that meant using unconventional techniques or shooting in color when black and white was considered the artistic standard.

This is one of those genres where you can take some creative license and challenge the status quo, so have fun with it. 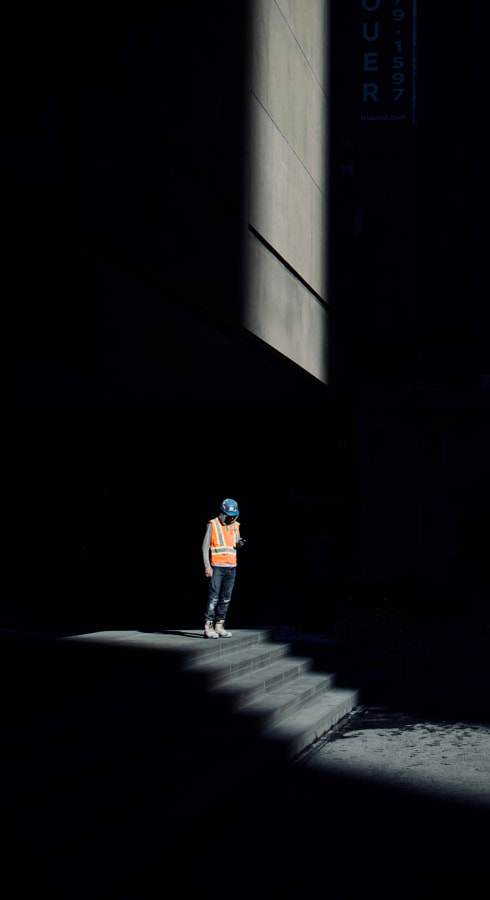 We started this guide with a story about a small, close-knit group of photographers in New York City in the 1960s. Looking back on this time, Joel Meyerowitz would later remark on the sense of kinship and camaraderie that bound them together. They didn’t compete; they shared ideas, swapped stories, and exchanged notes.

Street photography can feel like a solitary pursuit, but it’s also one that’s rich with networks, communities, and collectives, among them Women Street Photographers and International Street Photographers, which host workshops and exhibitions. Wherever you are in your street photography journey, there are people out there waiting to share their expertise and experiences; don’t be afraid to reach out to those you admire on 500px or elsewhere. 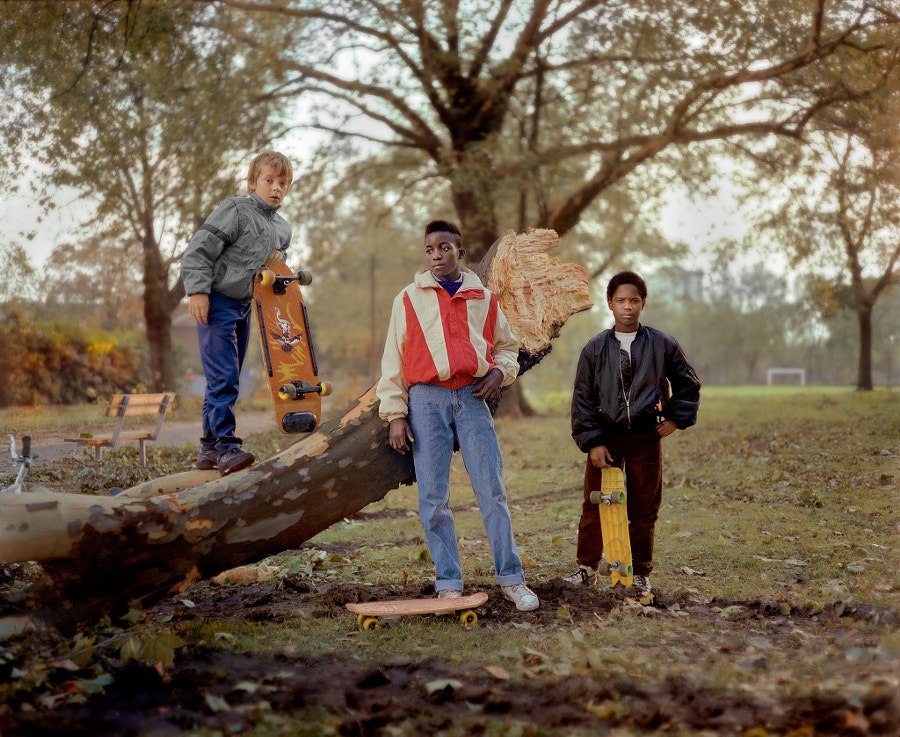 Shoot for yourself first

Some of the most iconic street photographers, including Vivian Cherry and Len Speier, didn’t find worldwide recognition until they were in their twilight years. Vivian Maier was famously “discovered” after her death. Street photography is a long-term game; it’s a genre that many have devoted their lives to, not for stardom or money but for the sheer passion of it. Take photos of subjects that interest you, and make photos that resonate with you before anyone else. The rest can come later.

The post Complete guide to street photography: For beginners appeared first on 500px.

Although street photography has evolved throughout the decades, the basic tenets remain the same: it centers around spontaneous encounters in public spaces.
The post Complete guide to street photography: For beginners appeared first on 500px.

How To Undo and Redo In Adobe Photoshop