Psychological research suggests that, in general, we pay more attention and are more likely to understand artworks that have explanatory titles, as opposed to artworks that are left untitled. While many artists leave titling to the last minute, these studies reveal that titles can be an important factor in determining an audience’s response to a work of art.

Perhaps something similar can be said for commercial stock photography; image titles are often the first thing buyers see, and they can make or break a sale. Plus, because image-buyers tend to use keywords to source photos, an untitled photo will inevitably get lost in the shuffle, while an expertly titled one will rise to the top.

On many platforms, including 500px and Getty Images, your title also becomes part of your image URL, meaning that it’s searchable through Google and other engines. The better your title, the more eyes you get on your photos.

The right approach to image titling is imperative, as it can significantly boost the discoverability of your Licensing portfolio, but still, many photographers overlook this part of the metadata process. Below, you’ll find our top tips for crafting the perfect stock photography titles and maximizing your sales potential—now and in the future. 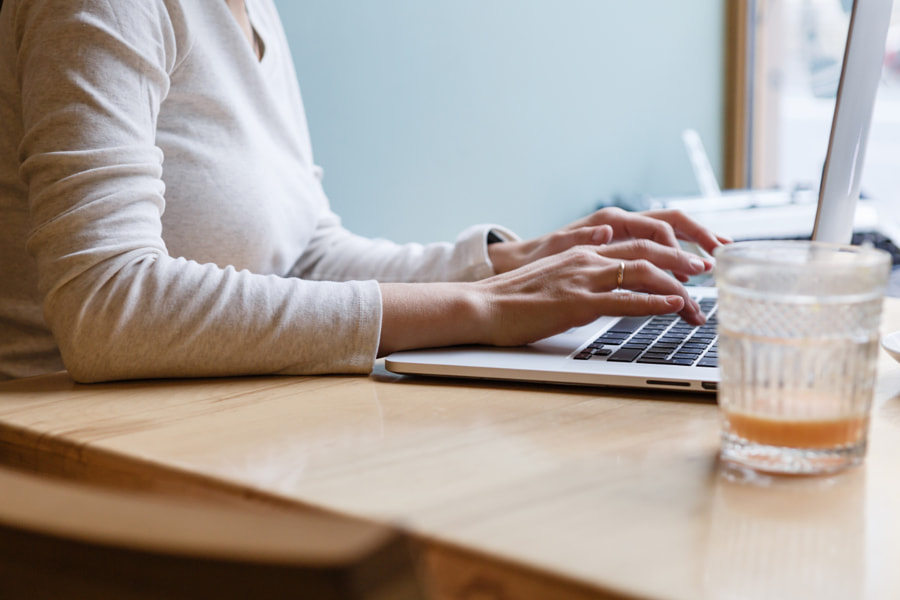 One of the most common mistakes in Licensing is choosing a title that’s so abstract that it doesn’t accurately describe the photo. “When you title your commercial content in abstract terms or phrases, you’re severely limiting its opportunity of showing up in relevant searches,” the 500px Content Team tells us.

The problem with titling your photo with, say, a song lyric or a line from a poem is that, while it might sound great, it won’t show up in relevant buyer searches. Instead, just stick with the basics: tell us who’s in the photo, how many people are in the photo, how old they are, what their gender identities and ethnicities are, what they’re doing, and where they’re doing it. Think like a buyer, rather than an artist.

Take The Pillars of Creation as an example. It’s a beautiful title for NASA’s iconic 1995 shot of the Serpens constellation, but it would make for a poor stock photo title because it doesn’t tell you what’s in the photo. Instead, if you planned to license this picture, you’d go with something more literal like ‘The Eagle Nebula in the constellation Serpens Cauda, captured by The Hubble Space Telescope.’

Your title should read like a caption in a news story: you need to convey factual information, without too much interpretation or creative license. As with a news headline, you should also keep it short and simple, without packing in too much information. If it’s too long, it’ll get cut off in the URL. Five to seven words should do the trick.

Staying literal doesn’t mean you can’t add one or two conceptual keywords into your titles; it just means using them lightly. You can always include words relating to the emotion or mood behind your photo, as these are terms buyers are likely to search. “Descriptive words like strong, accomplished, connecting with, etc. are all great ways to get creative with your titles while optimizing them for relevant searches,” the Content Team explains. 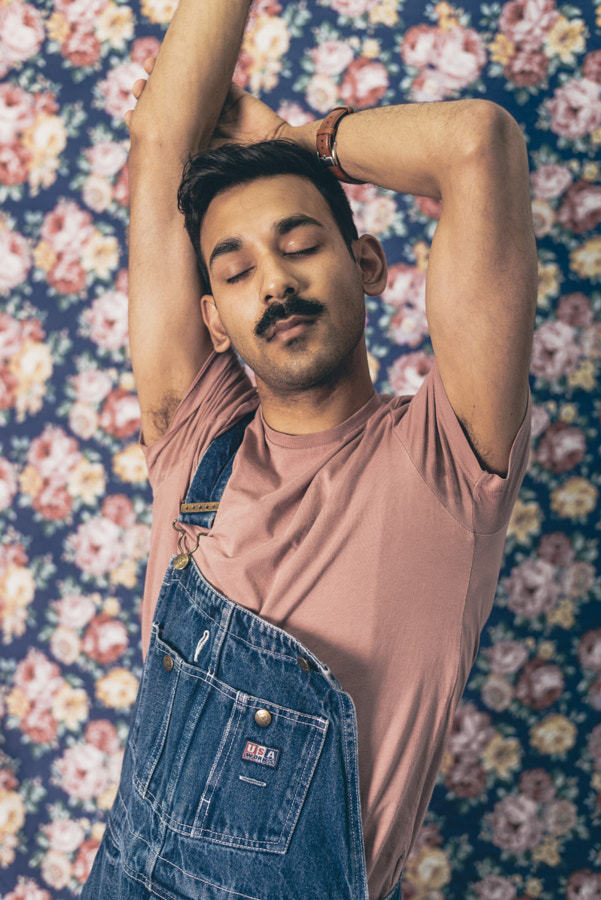 Here’s an example from the 500px collection on Getty Images, where this photo bears the title ‘Young man with moustache and bib overalls daydreaming.’ Daydreaming is an abstract idea, but it’s one many buyers might add to that search bar. It’s also relevant and descriptive, helping that picture stand out among all the other photos of young men in the collection.

The trick here is to limit yourself to just one or a couple of abstract words or phrases, as a supplement to an otherwise literal title. If it adds to the overall meaning and message of your photo, include it. If it confuses the meaning or makes it hard to understand, leave it out. 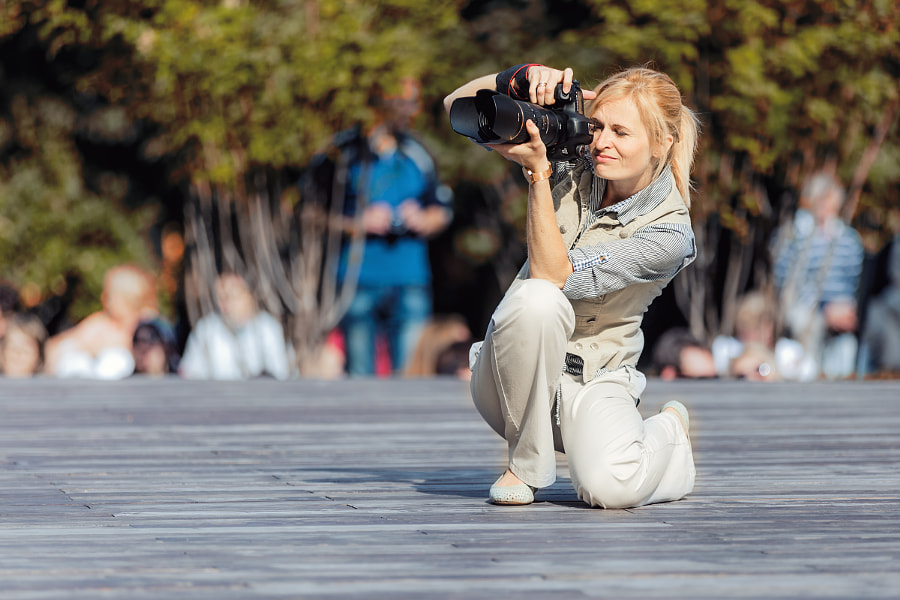 Tap into trends (and include props)

Buyers often use trending keywords to search for images, so including them in your titles is a great way to boost your visibility. We talk a lot about incorporating timely and relevant props into your photos—like reusable mugs and eco bottles to promote sustainability, or mobile devices to represent the role of technology in our everyday lives—and those are terms you should include in your titles as well.

Even subtle props can work their way into your titles, if they’re relevant. If you’re creating lifestyle content right now, and your model is wearing a face mask, for instance, that’s also something to have in your title as a heads-up to potential buyers. “Especially when a prop represents a broader concept and popular commercial trend, you can and should work it into the title of your commercial photos,” the Content Team advises. 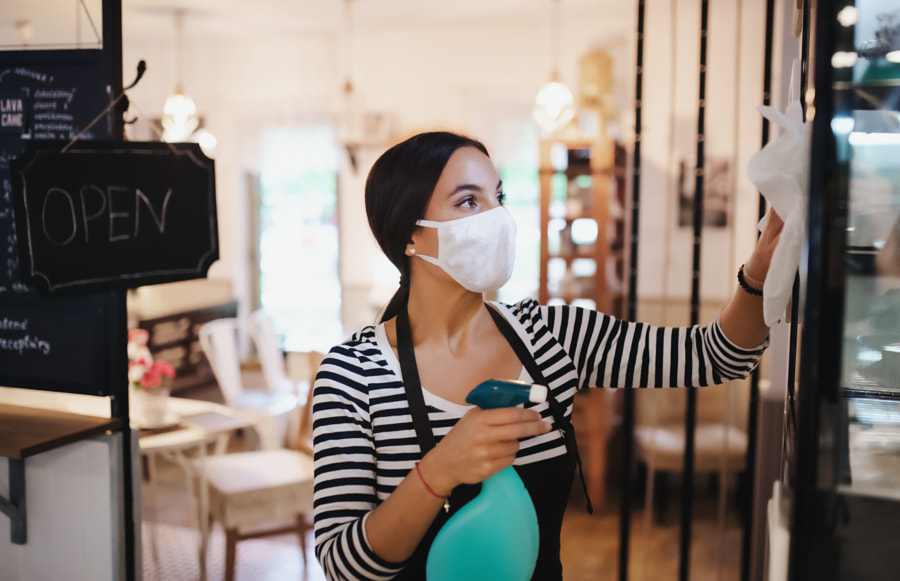 You might have heard a few stock photo horror stories surrounding location mix-ups; in 2015, for instance, a Presidential candidate used stock footage shot in England to represent the American landscape, while just last year, another candidate used a photo created in Kenya to represent American citizens. In the latter case, the campaign even commented on the mishap, explaining that the stock website where they sourced the image hadn’t indicated where the photo had been taken.

Of course, these are extreme examples, but buyers are cautious about sourcing images that are authentic to their audience and customers. They also want images that their customers can relate to—photos that feel personal rather than generic. If they can find a photo taken in their hometown or local neighborhood, their materials are more likely to resonate with their target audience.

Locations are often the first thing buyers search for when using stock photography, and even when it’s a secondary concern, they want that information to be clear and readily available. For that reason, it’s good practice to include those details in your titles. Get into the habit of putting them at the end of every title, and follow a consistent format (for example: town or city, state or province, and country). 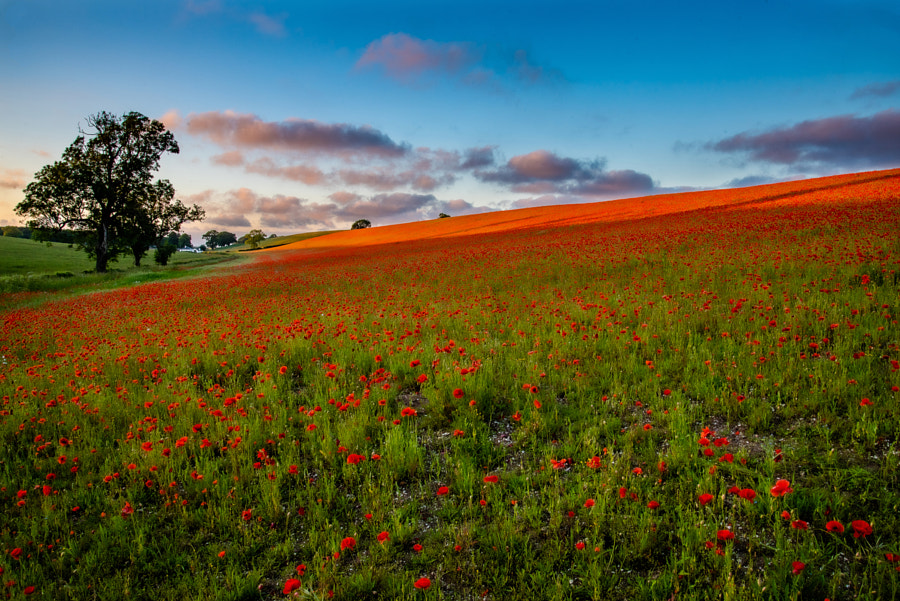 On Getty Images, for example, the photo above is titled ‘Poppy (Papaver rhoeas) field at sunset, Laceby, England, UK’. That means it’ll show up when buyers search for generic poppy field photos, but it’ll also show up when buyers (say, a local tourism board or hotel) search for images of that particular place. If a marketing team wants to represent the landscape or spirit of the UK, they might also look for an image like this one, so adding the location ensures maximum visibility.

“One of the most common errors we see with titling is one of the easiest to fix,” the Content Team tells us. They’re talking about spelling mistakes, which crop up more often than you might expect in commercial photography.

If you’re uncertain of any spellings, look them up online, and then go over them with a fine-toothed comb to check for typos before submitting. Be consistent in terms of British or American English spelling variations, and pay special attention to locations.

“With locations, it is important to ensure you’re using the English version of a country or province’s name, as when photos are sold through distributors like Getty Images, they are presented in English,” the Content Team explains. “If you’re ever unsure of what the appropriate, accepted spelling of a location or country is, you can always search Getty Images for content from the same location. When in doubt, follow what has already been listed on their site.” 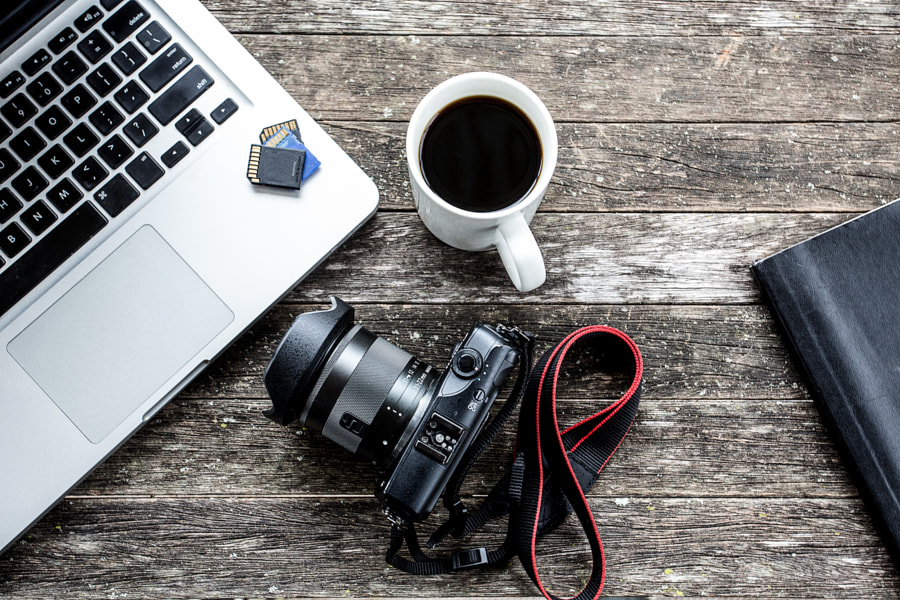 These five tips—staying literal, adding a touch of emotion, including props and locations, and checking your spelling—are easy steps to incorporate into your Licensing workflow, but they’re also highly effective. Get into the practice of titling your photos on a consistent basis, following a consistent workflow. From there, track your sales to see what works and finesse as you see fit.

Here are our top tips for crafting the perfect stock photography titles and maximizing your sales potential—now and in the future.
The post Five tips for titling commercial content that sells appeared first on 500px.

Purple nights on Lomochrome Purple with the Pixels and Grain Collective